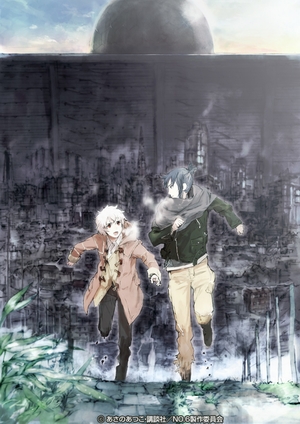 Plot Summary: The TV anime series No. 6 is created by studio Bones, based on a sci-fi light novel series authored by Atsuko Asano. The story is set in a future model city in 2013, called “No. 6?. Raised as a top-ranking elite since the age of 2, a boy named Shion lives in an exclusive area of the city. On the night of his 12th birthday, he rescues a boy who calls himself “Nezumi” (“Rat”). Nezumi ran away from the city’s Special Security Area. From that moment on, Shion’s life is changed forever…